The Black Theatre Review (tBTR) is a biannual online, peer-reviewed journal published by the Black Theatre Network (BTN). BTN is dedicated to the exploration and preservation of the theatrical visions of the African Diaspora. The goal of tBTR is to explore scholarship, history, and performance of Black peoples and cultures wherever they are expressed throughout the world. 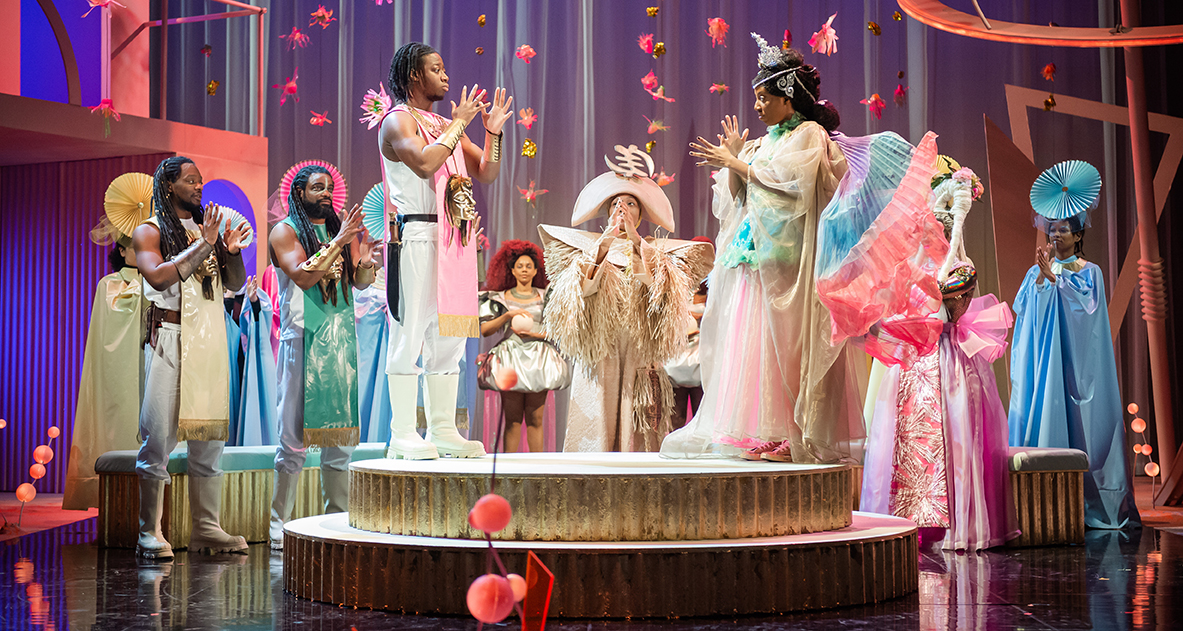 Much Ado About Nothing, 2022, directed by Roy Alexander Weise, designed by Jemima Robinson, costumes designed by Melissa Simon-Hartman. Photo by Ikin Yum © RSC

The Black Theatre Review (tBTR) will be accepting submissions for its third publication, Vol. 2 No. 1, to be published in July of 2023.

We are pleased to invite submissions that respond to and interrogate the beauty and performativity of Afrofuturism in Black theatre history, performance, dramatic literature, digital humanities, artistic leadership, pedagogy and praxis:

In the wake of Marvel’s Black Panther: Wakanda Forever and the new FX series of Octavia Butler’s Kindred, we would be remiss if we did not also invite meditations on Afrofuturistic expressivity within dramatic literature like Black graphic novels, film, and television. Among the many intellectual opportunities for this issue, we invite authors to:

tBTR seeks to publish original papers, book and performance reviews, technical and design notes, theoretical frameworks and perspectives, case studies, and works of multimedia. All issues will be centered on specific themes (as in the case of Afrofuturism above). Special issues devoted to performance pieces and particular artists will occasionally be published as well.

Last Date for Submissions is March 1, 2023. Early submissions will, however, receive preference in the review and publication process. Revision or Acceptance Notification is April 9, 2023 (with any subsequent revisions due by May 9, 2023).

All issues of tBTR will be published online.